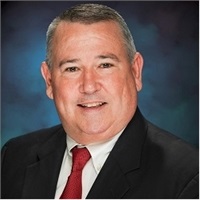 Originally from Texas, Brandel moved with his family to Florida in 1967. He graduated from Florida State University in 1985. He served in the United States Army Infantry before beginning his career in insurance and investments. He served as the claim liaison to Walt Disney World prior to moving to the independent side of financial services. He has held his Series 7, Series 63 and his life including variable annuity license for over 22 years. His clients include individual investors as well as group retirement plans.

Brandel has been married for 34 years to his lovely wife Rebecca. They have two adult children. He enjoys golf, fishing, NCAA sports and adventure travel.